This week we welcome Sebastian Steins (@sebastiansteins) as our PyDev of the Week! Sebastian is the creator of the Pythonic News website. You can find out more about Sebastian by checking out what he’s been up to over on Github. Let’s take a few moments to get to know him better! 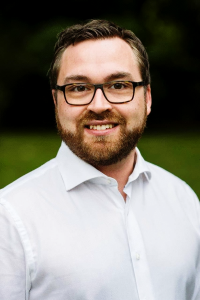 I am a software developer from Germany and live close to the Dutch and Belgian border. The internet emerged when I was in school. I have always been fascinated by computers and wanted to learn to program. Unfortunately, this was not so easy at the time, and I did not have teachers who could have supported me in that matter. It changed, however, when I got my first modem. The internet opened a whole new world for me, and I started to learn HTML, Perl and later, PHP. I built CGI scripts and small web apps back then, and it was really fun. Eventually, I took programming as my career path, although I sometimes struggled with that decision. Besides my degree in computer science, I also heard lectures on economics and had a few positions in the finance sector early in my career. Now, I enjoy coaching teams of great software engineers in architecture matters and try to pass my knowledge to junior devs.

When I’m not in front of a computer, I like to ride my road bike, learn new stuff from audiobooks and would never say no to a night out in a good restaurant.

I started using Python when I needed a replacement for PHP, so it was very early on. It was in the very early days of the Python 2.0 release. I immediately liked it, because it was basically like writing pseudocode. This is what I still love about being able to “talk to a computer”: Expressing ideas and see results very quickly. Meanwhile, other languages have kept up and are equally expressive as Python. However, Python has become a little bit of my home base ever since.

Thanks for doing the interview, Sebastian!

The balance of the post PyDev of the Week: Sebastian Steins appeared first on The Mouse Vs. The Python.

from The Mouse Vs. The Python https://ift.tt/343ApLq