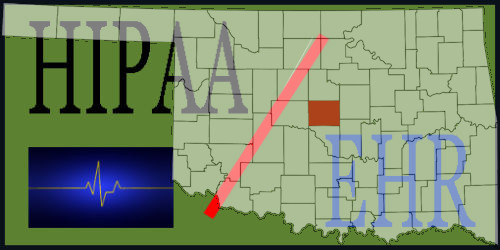 As I read this article while attempting to keep up with interesting HIPAA articles, I did some quick research on Wikipedia, Bing search engines, and the Federal agency that covers this topic. I couldn’t find any reference to caching and storage, which is central to attaining the truth on which political position is correct on the subject. Long story short, a planned maintenance Internet outage occurred; some staffers used their smartphones loaded with an app to access Personal Health Information; no agreement on the correctness of this action bordering on partisanship.

I believed that it is the job of journalists and editors to gather facts on the subject in question and present them in the article, or at least the updated version online after a printed story. Disclaimer, I did not go to journalism school at Auburn University.

Two branches of Oklahoma’s government are embroiled in a controversy over whether the Oklahoma Department of Veterans Affairs committed a HIPAA violation.